HOME OF THE HANDHAMMERED GUITAR 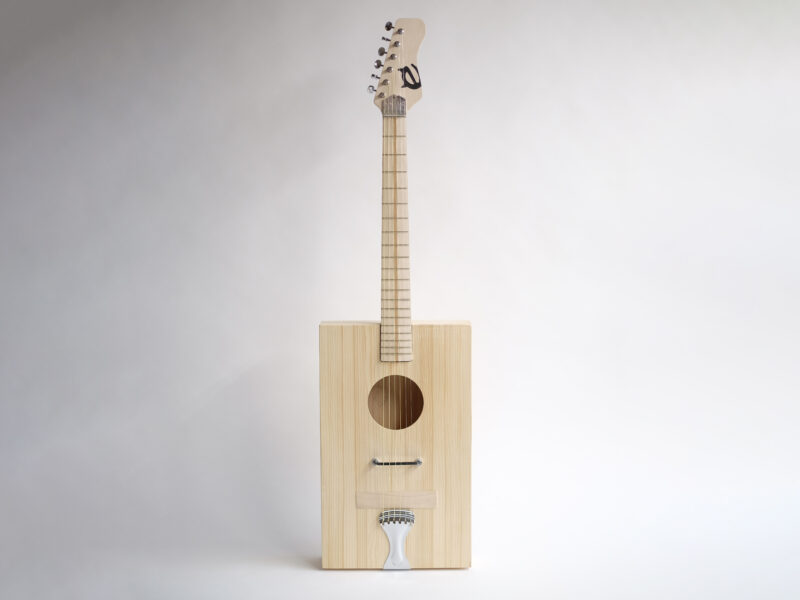 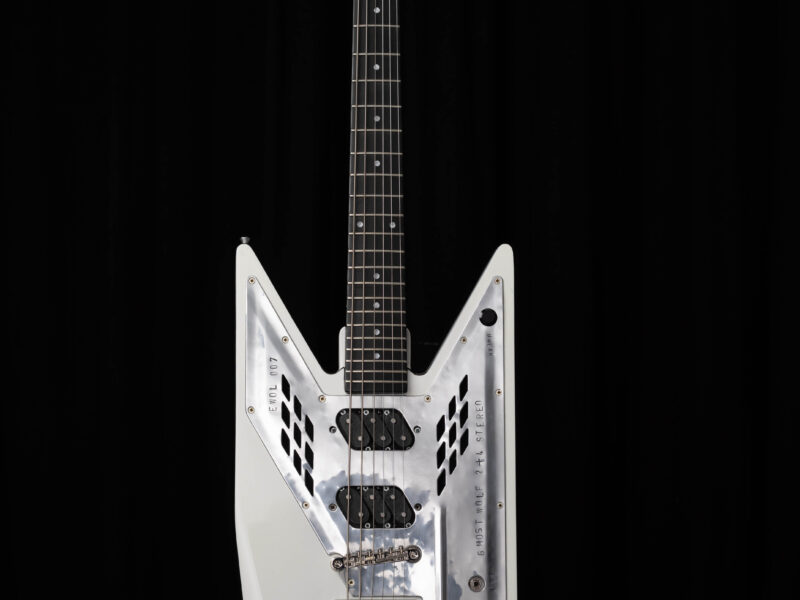 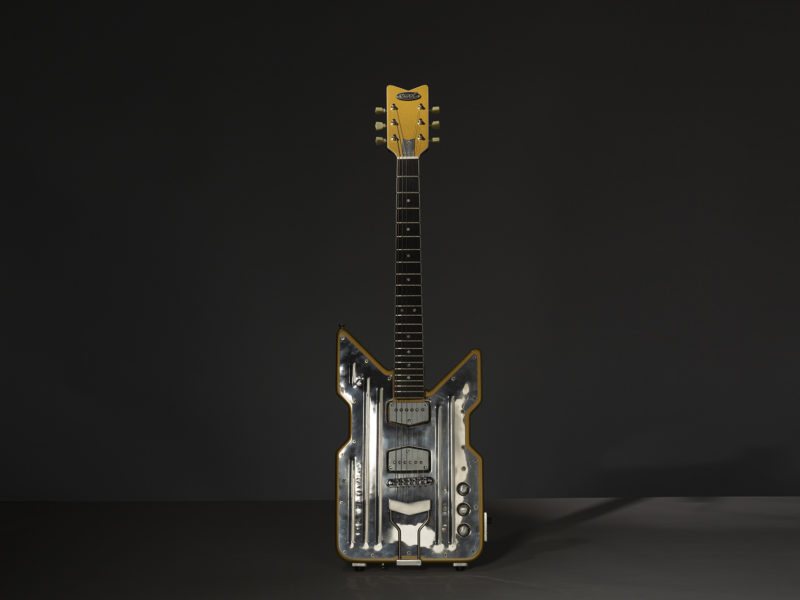 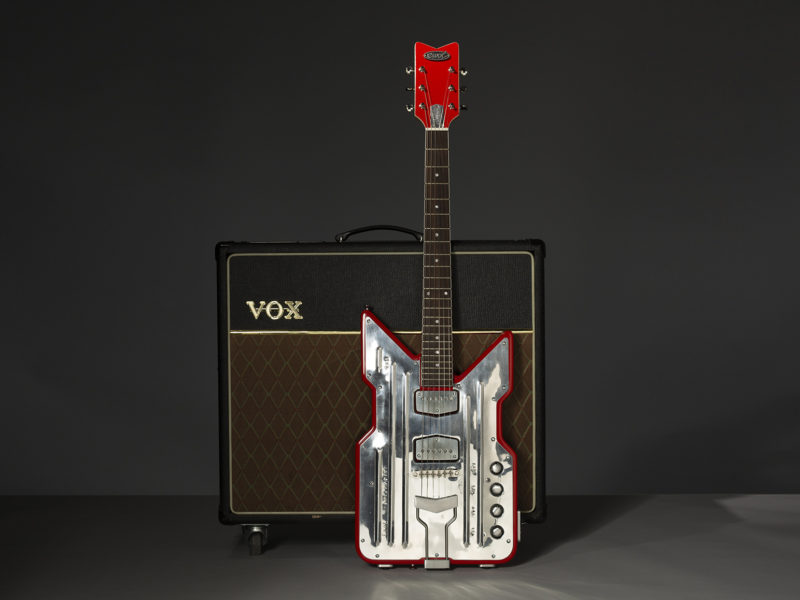 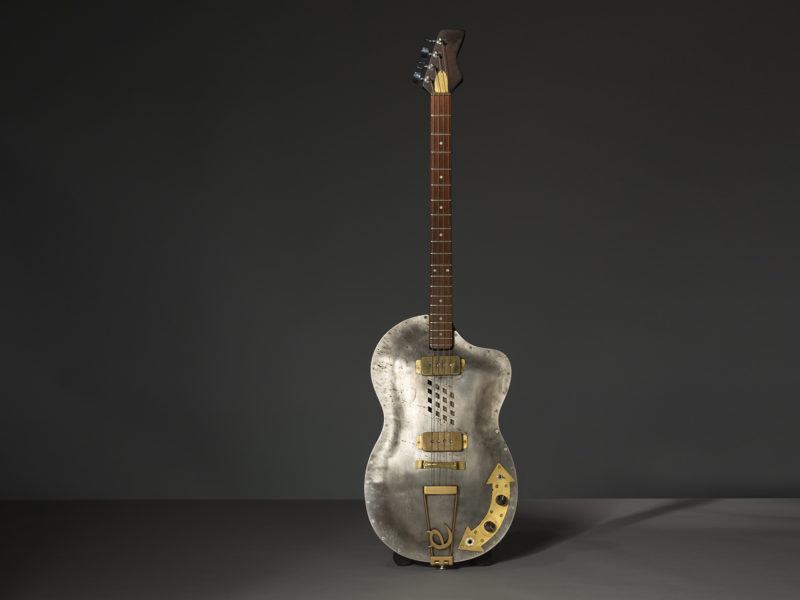 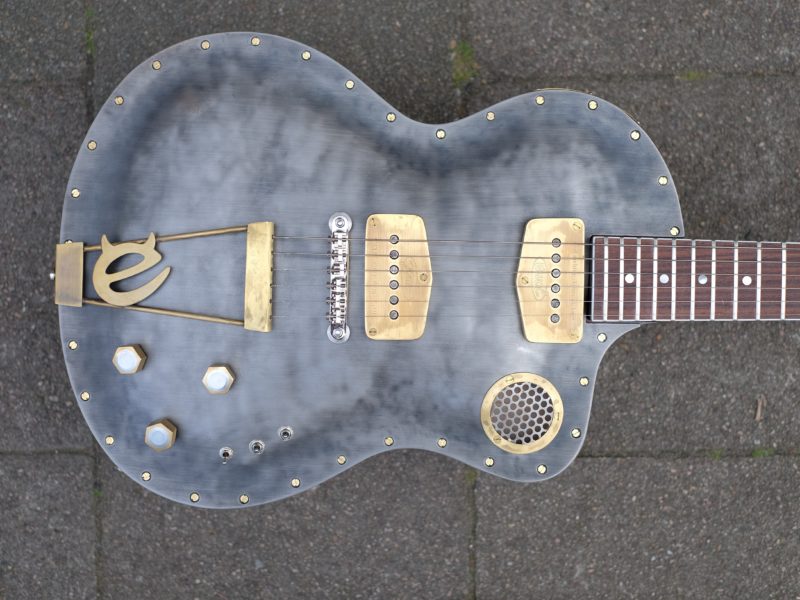 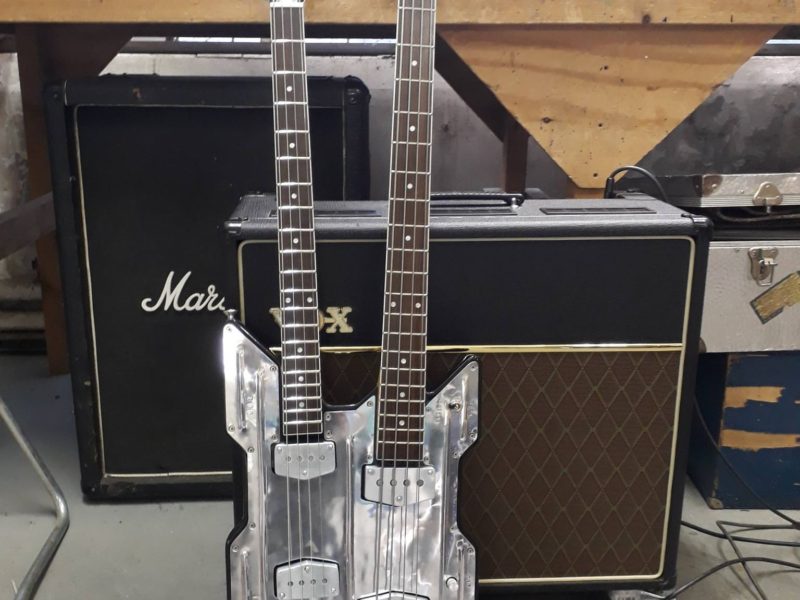 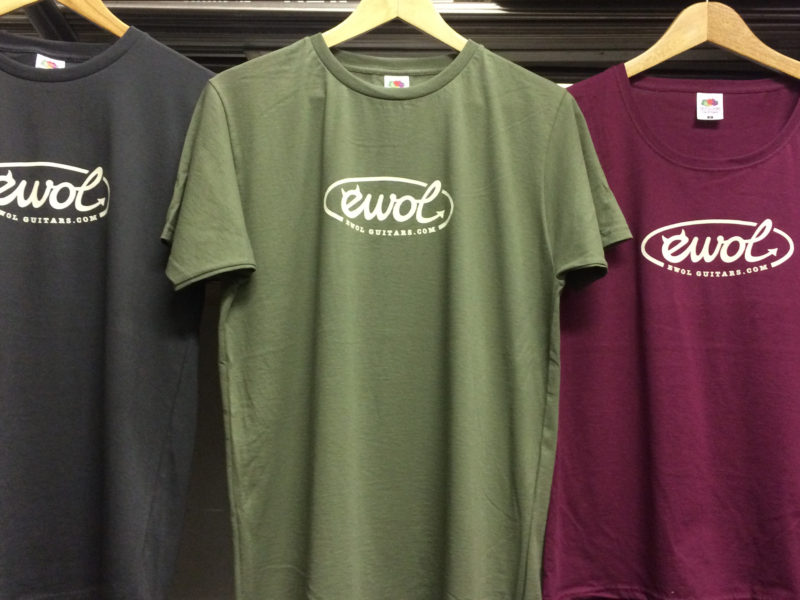 I opened and assembled the BEAUTIFUL GORGEOUS WONDERFULLY PERFECT Ghost Wolf Guitar!!!! It’s amazing and I absolutely love it! Jonny and I are both freaking out on how cool it is. Oh my god!!! It sounds and plays great. I love all the options and it’s just the best thing ever.
(Carley Wolf, the Ghostwolves, Austin Texas)

It has lots of extra harmonics, great for playing single notes, when amplified you are able to get astonishing sounds out of it. (Bone, playing in Anomalys, Sex Organs) 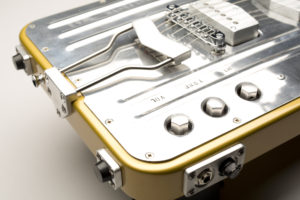 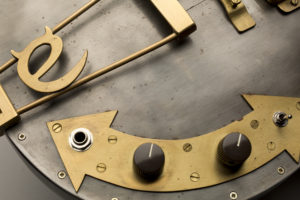 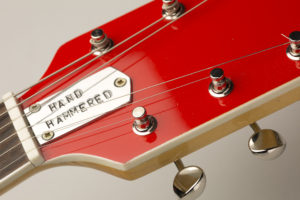 A start point for me as designer and luthier for the development of the Handhammered series guitars is the sound of metallic sounding guitars and instruments. The best known example is of course the Dobro or resonator guitar. In their search for a louder sounding guitar the Dopeira brothers invented the aluminum cone which resonates with the strings to emphasis the sound. The original concept had 3 cones. Later is was also simplified with a single cone design. This cone or cones were placed in a metal or wooden guitar body.
In South Afrika there is an instrument called the Ramkiki, which is basically a stringed instrument, resembling a guitar, made from an empty (oil-) can. These instruments have a very Spartan but exotic sound.

This is the sound I was trying to capture in my designs for an electric guitar. On the other hand I wanted to build a guitar that was modern in design concerning playability and sustain.

Another basepoint was the knowledge of the FE 14 guitar from Antonio de Torres (1862)
This famous luthier from Spain made a guitar with a wooden top, but with a body of papier-mâché. With this instrument he could demonstrate that the sound of a guitar is mainly determined by the top of the guitar. Of course the body is important for the construction, the sustain, the projection etc. but the voice of the guitar is mainly made by the guitar top.

A combination of these ideas brought me to the design of the metal top guitar. A hollow guitar body with a great neck, and a top of specially formed steel or aluminum.

The choice of the material is very important for the sound (steel more bass, alu more top high), but as important is the way it is formed. Therefore the tops will be handhammered, rolled, and braced. This way the guitar top is tuned to make a great sounding guitar, with a voice of it’s own!